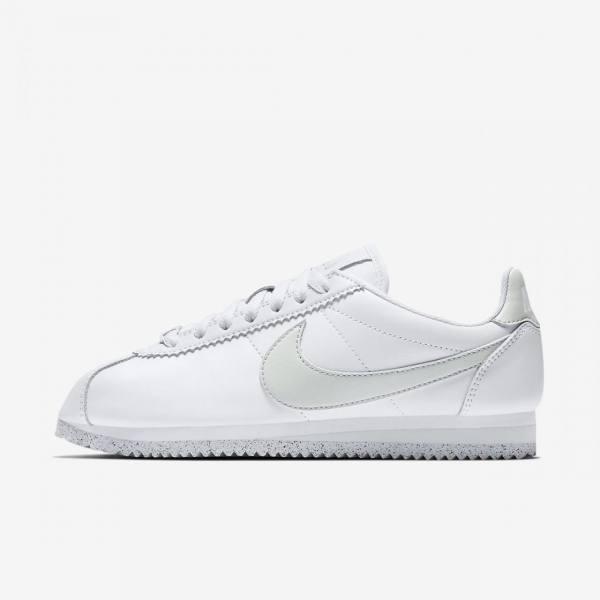 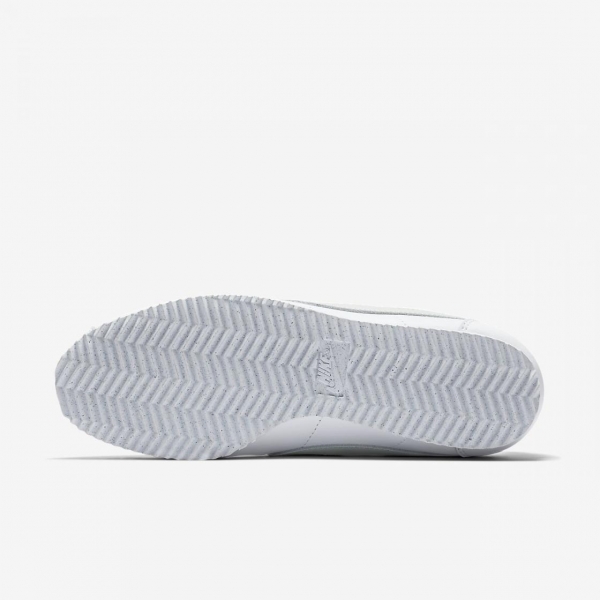 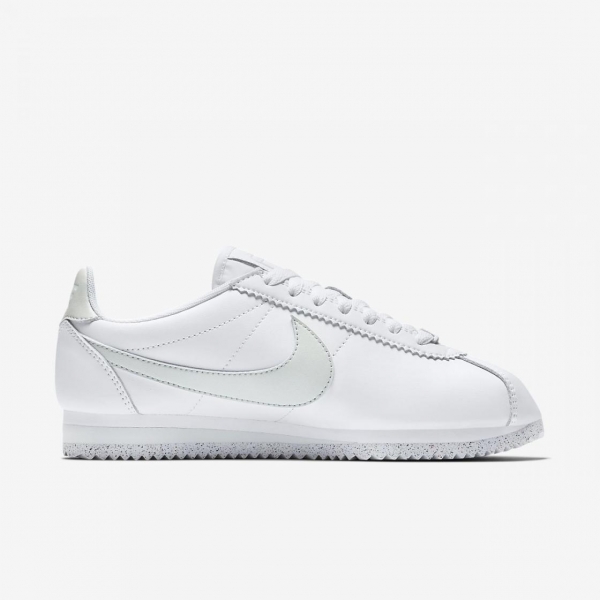 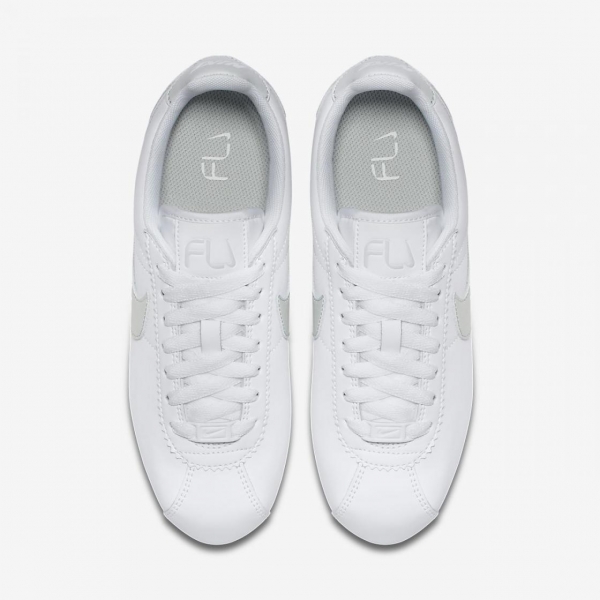 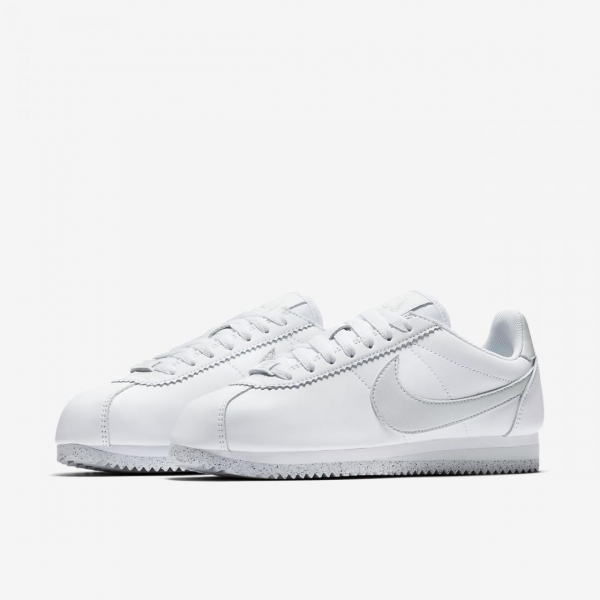 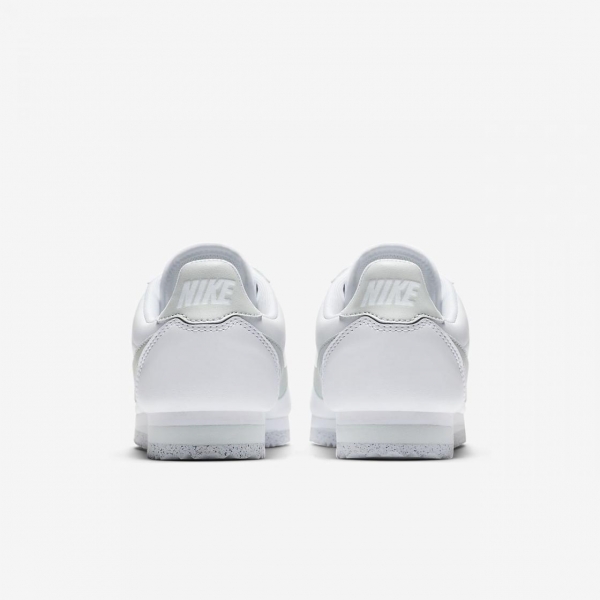 CLASSIC COMFORT. VINTAGE STYLE.
The Nike Classic Cortez Women's Shoe is Nike's original running shoe, designed by Bill Bowerman and released in 1972. This version features Nike Flyleather for added durability.
Benefits
Premium engineered Nike Flyleather for durability
Foam sole for lightweight cushioning
Rubber outsole with herringbone pattern for traction
Product Details
Nike Flyleather contains at least 50% leather fiber for 100% performance
Shown: White/White/Light Silver
Style: AR4874-100
Flyleather Origins
Nike FlyLeather contains at least 50% recycled leather fiber for 100% performance. It's made through an innovative process that reduces carbon impact compared to traditional leather manufacturing. The result is a high-performance, engineered leather that's 40% lighter and five times more abrasion-resistant than full-grain leather.
Cortez Origins
The Nike Cortez was Bill Bowerman's first masterpiece, built to be lighter and more weatherproof than any other shoe. In 1972, it put unprecedented cushioning under the fastest feet in the running world and quickly became the most popular training shoe in the country. It was an unmistakable icon—a walking billboard that told your story and declared your affiliation—and came to thrive with fierce style on the streets of Los Angeles. Since then, no shoe has expanded the definition of a running shoe quite like the Nike Cortez.